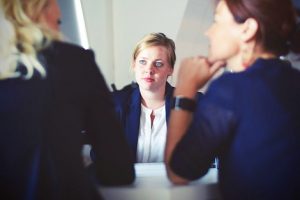 It is often said that many of us aren’t good listeners.

Yes we hear what people are saying but we don’t actually ‘listen’.  In other words, all the time another person is talking there are numerous thoughts going through our heads – whether we agree or disagree with what the other person is saying, what our answer is going to be, or what we would like to say that’s important to us.   We’re just waiting for the other person to stop talking so we can start!

And why is this a problem?

Well it is thought that listening without actually listening means that we lose connection with the other person, we don’t pick up on the subtle hints – the things that aren’t being said but are as important, the feeling behind the words, for instance.  Bad listening is felt to be such a problem that some believe many of the worlds past and present problems could be solved if only people learned to listen to each other properly.

So solving the world’s problems is one thing but could better listening actually help us have better health?

You body is, in effect, constantly talking to you, telling you about its current state, and whether this is good or bad.  And how does it do this?  Through the symptoms we experience, aches, pains, general feelings, levels of energy, and the myriad of other signs and signals it continually feeds us – information that could be so useful in helping us help it maintain that all important healthy balance.

But unfortunately we don’t listen properly.

Some of this isn’t necessarily our fault.  Over many years we have been encouraged to not listen to our own bodies with the belief that only the experts know what is going on and how best to solve any problems.

However we also have a part to play in that even when we do listen we don’t ‘listen’.  So just like in a conversation when your mind starts to run its own story so it does when symptoms appear.  We immediately jump to conclusions as to what is going on, conclusions based more on past experience, fears, beliefs and social conditioning rather than any actual truth.

Well firstly many of the stories we begin to tell ourselves about our symptoms are scary and, as such, simply help to raise stress levels with all the negative impact this has on our health.  But in addition to this we end up not really hearing what the body is saying – that inner common sense, intuition or knowing that lets us know exactly what we need to do to help the body return to better health.

So could you listen better to your body?

The next time you notice some signal your system is sending you – a symptom or feeling, for instance – instead of letting your mind take over with its stories and explanations just pause for a moment and see what occurs to you instead.  You may be surprised as to what you actually hear once you take the time to really listen!