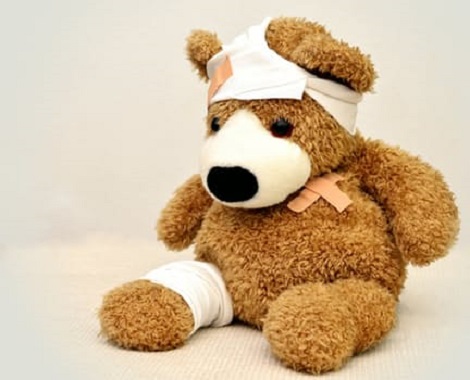 From time to time I find that I get a succession of clients into the Practice in a short space of time all of whom are suffering from similar symptoms.

Perhaps it’s just coincidence – the law of averages that says given a certain number of anything at some point there are going to be similarities. Maybe, but what I often find is that such occurrences are actually an indication of what is happening out there – in other words, what’s currently circulating in our environment and having an effect on our health.

One such run of symptoms has just happened this week.

Two clients in two days both suffering from swollen feet, ankles and lower legs. Now whilst the severity of their symptoms were different – after all we’re all individuals and how things show themselves in us depends on our own physical makeup and what else may be going on – the underlying cause was the same – a (very) disturbed Lymph System. And the main culprit? Our ever so friendly (and seemingly ever present) blood flukes!

and have been for quite some time. Just about everyone I see has some disturbance from them which suggests that general levels in our environment are high.  Why? Who knows – butt my theory is that given flukes tend to be water based in nature, the succession of wet winters and significant flooding over the last few years have just created the ideal environment for them to flourish – and given the high numbers now around,  it’s going to be almost impossible to avoid ‘picking them up’ in some way. Nice!

(For those of you who don’t know, blood flukes are a type of parasite. I would include a picture but given the reaction of some of my clients when I enthusiastically show them images of things we find, maybe not! If you want to know more then do feel free to ‘Google’ them).

So just as the moment the blood flukes’ system of choice appears to be the Lymph System with all kinds of consequences for us.

So firstly a little bit about your Lymph. In essence our Lymph System is our internal drainage network. Working as part of the detoxing mechanisms of the body the Lymph System drains all the toxins, excess fluid and waste by products away from our tissues passing it through the Lymph nodes to filter out the rubbish before returning the cleaned fluids back into the bloodstream – the perfect sewage system!  Well that is whilst it’s working properly.  When blood flukes take up residence they in effect clog up those essential drains – and we all know what happens when drains get blocked!

And the best way to help your Lymph System avoid the perils of blood flukes and keep going with its essential task?

Unlike the Circulatory System which has its own inbuilt pump to move the blood around (the Heart), your Lymph System relies on muscle contractions to do the work. So the more active you are the better the flow, and the better the flow the less likely it is that toxins can gather up which attract the blood flukes in the first place. Now obviously if you already have issues with mobility, moving can be difficult – a bit of a vicious circle really – but remember some movement is better than none so use your common sense, listen to what your body is telling you, and stop when it starts to feel uncomfortable.

And what better excuse do you need to get out and about in the lovely summer weather (when we get some) then to be helping your all important Lymph System?