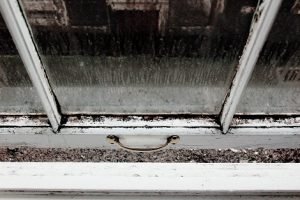 The issue of moulds, and the effect they have on our health, is a topic I’ve covered before but it’s well worth returning to given the increasing impact these small and seemingly so inconspicuous organisms can have, especially now that we’re entering the ‘mouldy’ season!

Following a couple of years of milder and wetter than average weather for the most part, the level of mould within our environment has increased significantly.  However it’s not just the weather that is contributing to this problem.  Modern building practices which encourage us to ‘seal’ our homes to conserve heat and energy also prevent good ventilation if not implemented properly with breathable building materials, leading to an ideal environment for mould growth.

So why is mould a problem for our health?

Obvious issues arise with the presence of mould spores in the air we breathe which can seriously aggravate respiratory conditions together with the link to allergies, but there are numerous potentially less obvious symptoms that can arise from exposure to mould such as depression and digestive issues.

Especially, as noted above, at this time of year, so total avoidance is difficult but it is important to keep your home environment as clear as possible. The easiest way to reduce your exposure is simply to open your windows more often!  But here are a few additional ideas to keep yourself as mould free as possible:

As noted, mould can be toxic so whilst cleaning showers, windows and appliances to remove mould is OK, any larger mould problems must be dealt with professionally.