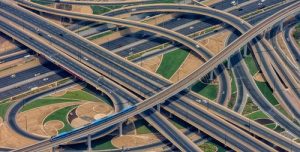 Generally we like things to be ordered in our lives, a clear cause and effect pathway to everything, the ability for things to be measured and explained (or is that just me!).

Science, in all its aspects, is particularly addicted to order, proof and evidence.  As such, much of what has been done, developed and ‘understood’ in our world to date follows this approach – and medicine, together with the wider subject of health, is no different.  Consequently when we take measures to improve our health, be it a natural or complementary solution, or one provided by modern medicine, we have been led to believe that we should see a continuous and measurable recovery, and we expect this to happen.

But the natural world, and our bodies as a part of this, is far less interested in order.

Many times things occur without much warning or clear indication that a change is about to happen, progress and growth can take a sudden leap from one state to another, for instance.

It is only as recently as the 1970s that this phenomenon was first identified, initially by mathematicians, who developed what was called the Catastrophe Theory

a way of explaining sudden change – a sudden vertical leap (or drop), for example, from point A to B rather than the steady even curve we are more familiar with.  In essence progress occurs when a certain ‘tipping point’ has been reached, a number of elements have accumulated together which pushes the situation to the next state all in one go.

And it is this Catastrophe Theory that often applies to our health.

Many clients who I see in clinic can become frustrated by their perceived lack of improvement, that the treatment doesn’t seem to be working, that they aren’t feeling any better.  However, what invariably happens is that at a certain point in time everything changes and they suddenly see, what is often, a huge change in their state of health for the better.  So why is that?

It’s caused by the Catastrophe Theory, the idea of the tipping point which instigates that sudden shift.  In effect treatment, together with all the other lifestyle changes they are making, has made a number of improvements to the body’s ability to self regulate which, individually, may not be all that noticeable to us (but which are making a big difference your system).  At a certain stage, which is different for all of us depending on the type of disturbances we have and the levels they are at, these combined changes are enough to allow the body to make that shift into better health.

So how does this help you to improve your health?

If you are trying to improve your well being you too may have become frustrated by a seeming lack of progress, or you feel that in order to make a difference you have to make one or two big changes to your lifestyle or routine, something that can be difficult to do and even harder to maintain.  But the Catastrophe Theory shows that this is not the case, that, in fact, everything you do, however small, can have a significant and positive impact on your health – all you need sometimes is patience to keep persisting until you start to see the difference – which you will!

And of course the Catastrophe Theory can work in reverse, that it is an accumulation of lots of small issues that can suddenly tip us over into poorer health and lead to the re-emergence of symptoms.  But whilst this can seem devastating at the time, understanding how it works, that it’s just the result of potentially a lot of small, easily resolvable problems, makes it easier to reverse the situation and put ourselves back on the path to better health.

So remember, good health is not a single ordered state but a vast collection of smaller, but no less important, balances and improvements –

and therefore everything you can do to improve and maintain your well being, however small or insignificant it may seem, can have a huge and positive impact.