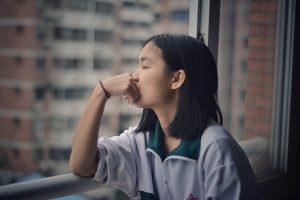 It’s an increasingly accepted fact that thinking and associated feelings can have a huge impact on our mood and health,

and I think we are all probably aware that, at some level, when our thoughts are more positive, happy and settled we feel better in ourselves and our wellbeing improves.  As such the idea of ‘Positive Thinking’ as a technique – actively trying to think more positive and happier thoughts – is now becoming a popular and established strategy for dealing with stress, poor mental wellbeing and subsequently improving our overall health.

But does it work?

As humans we are designed to think.

It’s just how we work psychologically and how we process the world around us.  If you’ve ever taken the time to take notice of your thinking (and if you’ve tried Positive Thinking as a technique in any form you will certainly have done that!) you will no doubt be aware that our thoughts come and go at a sometimes alarming speed and often in a fairly random way!

The basis of Positive Thinking as a technique is that we actively try and control those thoughts, allowing the so called ‘positive’ ones through and stopping the negative ones.

So what’s the problem with that?

Anyone who has ever tried it will know that in reality it takes a lot of time, effort and concentration to control your thinking.  And even if you ‘crack it’ so to speak, the moment you let your guard down chances are that a rogue negative thought will pop up out of nowhere and spoil all your good work!

And why is that?

Well as I said before, our thinking comes and goes of its own accord.  It’s designed to do that – it’s just how we’re made.  As such, trying to control what we think is like trying to control which waves get to break on the beach and which don’t.  (According to legend, King Canute tried something similar and it didn’t end well!).

In other words Positive Thinking as a strategy can never offer a long term solution to stopping our stress,

and, in fact, all that effort to try and control our personal flow of thought can simply add to our already overloaded levels, draining energy and filling our minds with yet more negative thinking (I’m so useless – why can’t I even get this right – what’s wrong with me – I’ll never feel better ……..)

So are we all doomed to feel down, sad, unhappy and unwell as a result for ever?

Well here’s the good news – no!

As it happens the world of psychology is starting to see that just like our physical bodies have a self-regulating system to help us return to better health and maintain good wellbeing, our minds have a similar ability.  In other words, given the right conditions, any negative thinking and subsequent stressful or depressing feelings, will natural dissipate all by themselves, without any interference from us.  In fact it is just that interference that is likely to keep them in place!

So what to do?

If you like to engage in some positive thinking (and who doesn’t!) then by all means do so.  But if you’re trying to use this to control how you feel, relieve your stress and improve your wellbeing then give yourself a break.  All you have to do instead is to see that as a living, breathing human being you think. Some of those thoughts will be ‘good’ and some won’t be. But if you just pay a little less attention to that thinking and let any thought pass, another new, often better thought will be along in a second without you having to do anything at all.  Easy!