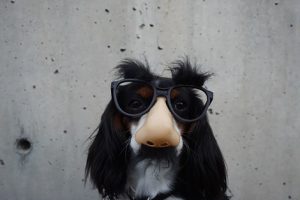 Allergies are most definitely on the rise.

More and more people are suffering from sensitivities and intolerances of all sorts including chemicals, environmental toxins and pathogens as well as the more commonly recognised food, fur and pollen irritants.

I’m sure you won’t be surprised when I say that much of this increase is due to modern day living.  It’s not just the pollution that is so often blamed but poorer food quality, levels of EMFs, the rise in chemicals and even everyday stresses.  Disturbances that disrupt our self-regulation, making the body less able to continue to function correctly, and resulting in the all too familiar symptoms associated with allergies – respiratory problems, skin irritation, streaming eyes and digestive issues.

But could some of our more persistent, chronic and less easy to treat health conditions also be due to allergies?  Allergies that are unseen or that we are unaware of?

Alongside the rise in identifiable allergies, sensitivities and intolerances is a similar rise in the levels of chronic, seemingly incurable diseases such as Alzheimer’s, Arthritis and MS, for instance.  Could this be linked?

It is now becoming more apparent that in addition to the typical allergy based response that we see, those acute symptoms that arise within seconds, minutes or hours of exposure to the allergen, is another deeper response, one that is more chronic than acute – a masked allergy.

With a masked allergy the symptoms may not appear until several days after exposure to the irritant, making it really difficult to identify what the trigger is, whilst symptoms are often not typical allergy ones but instead can consist of persistent fatigue, chronic headaches or migraines, muscular pain, and a raft of other seemingly unrelated ‘vague’ effects.

So what is a masked allergy?

In essence it is a deep, ongoing imbalanced immune response, one that is, in some cases, continually running in the background.  They occur when an initial disturbance has not been properly resolved but the body has, in one way, learnt to adapt.  So acute symptoms are no longer occurring but the body is responding anyway.  At this point the body may not even need to be exposed to the original trigger at all but be acting as if it is there anyway, with additional problems such as developing an allergy response to our own histamine, hormones, various minerals and vitamins we actually need to survive, only adding to the problems.  You can literally become allergic to yourself!

As you can imagine this becomes a very complicated situation, and one that is not only very hard to identify but also hard to treat by conventional means.

So what can you do if you suspect masked allergies are an issue for you?

As with everything the key is to help the body regain good self-regulation.  It literally needs to be ‘reset’ in order to eliminate the mis-information relating to the need of the body’s immune system to respond inappropriately to whatever is, or was, the trigger.  Trying to identify what triggers the response is one approach, along with the usual advice regarding better diets, limited exposure to EMFS, chemicals and pollutants, and reducing stress.  Where more help is required then therapies such as Bioresonance can prove very useful in that reset process.