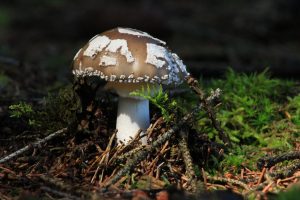 Following a couple of years of milder and wetter than average weather for the most part, the level of mould within our environment has increased significantly.  But why should this be a problem for our health?  Read on to find out the less well known impact of mould and how to deal with these invisible yet potentially very tricky irritants.

A mouldy problem for our health.

Whilst problematic in our homes mould also impacts on our health being attributed to respiratory and allergy  based conditions but also potentially less obvious symptoms such as depression and digestive issues.  Moulds contribute to those irritants which raise the acidity levels in the body leading to disturbances with the homeostatic balance, and encouraging other pathogens such as parasites, bacteria and viruses to take up resident which in turn lead to seemingly disparate symptoms.

Especially at this time of year, so total avoidance is difficult but it is important to keep your home environment as clear as possible.   There are some things you can do to keep mould, and your exposure, to a minimum:

So whilst those pretty mushrooms on your lawn, in fields and woodlands herald the change in season the spores that they emit can become silent health saboteurs which could herald a change in your health too.  Protect yourself with the simple measures above to enjoy the best the season has to offer and not the worst.