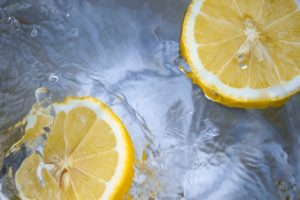 That is the question – though perhaps not quite the same one that Shakespeare was asking!

So what exactly am I referring to?

In this case liver flushes, kidney flushes, colonic irrigation and all such similar procedures. Flushes of all kinds are a very popular way to try to improve health and many people do feel that they can be useful. I often get asked by my clients if I would recommend these, hence the question ‘To flush or not to flush?’ But are they really the support for better health that we think they are or could they in fact be making our symptoms worse?  Read on to find out more.

So are flushes a useful way to deal with symptoms?

Well maybe not. Flushes don’t deal with the causal factors of the symptoms you are trying to relieve. They only mask them for a while.

There will be many who would argue otherwise, after all flushes are designed to remove gallstones, undigested debris in the colon and other related build up which is the cause of the unpleasant symptoms, isn’t it?

Well no, that’s where the misconception comes in.

The stones, debris and undigested food are actually symptoms in their own right.

They’re only there because something in the body isn’t working right. By removing them you will ease things for a while but as the underlying cause is still there symptoms will return. As a result you can find yourself having to flush more and more often with poorer results each time.

My client Rosemary was in a similar position.

She had suffered with gallstones and liver related issues for a number of years. She had tried a liver flush and experienced some relief form her symptoms. However 6 months later her symptoms were back. Another flush helped but then again there was a return of symptoms. By the time Rosemary came for treatment she was very poorly and trying flushes every few weeks which, by now, were not only not relieving symptoms at all but were making things worse. Treatment showed that both her gallbladder and liver were badly affected by liver flukes, a parasite that the flushes would not remove, and which was already putting these organs under pressure without the added strain of the flushes. A compromised digestive system only increased the problems. By dealing with these underlying causes Rosemary’s original symptoms disappeared without the need for any more flushes.

So if flushing isn’t the answer, what is?

As with all symptoms and potential ‘cures’, prevention always best. Follow these simple steps to help with that prevention:

If you are experiencing symptoms relating to gallstones, kidney stones or other debris in your system remember that this is your body’s way of letting you know it is struggling so give it a helping hand and help it address these causal factors which ultimately will be having a bigger impact than the stones themselves.